The Dallas-Fort Worth area’s National Drive Electric Week celebration set another record in 2017, when owners of 155 electric vehicles gathered at Grapevine Mills Mall in September.

This represented a State record for the number of EVs in one location, improving upon last year’s mark of 128. This year’s Grapevine gathering was also the largest NDEW celebration outside California and kicked off a week of educational opportunities for people interested in electric vehicles.

DFW Clean Cities and NCTCOG offered a series of lunchtime webinars during the week to discuss public and private uses for EVs. Electric vehicles are becoming more popular with drivers and manufacturers.

There are approximately 8,000 EVs in the region, a 43 percent increase over 2016. This trend will likely continue as more vehicle manufacturers are committing to electrified transportation. Volvo, for example, announced in 2017 that by 2019 its new cars will all have electric engines. For more information on NDEW, visit https://www.dfwcleancities.org/ndew.

NDEW is a nationwide celebration to increase awareness of the widespread availability of plug-in electric vehicles and to highlight the benefits of driving electric vehicles. It began in 2011 as National Plug In Day and expanded to involve an entire week in 2014, in response to the growing popularity of EVs. More than 200 events were scheduled across the US and Canada, as well as a few other international locations, during NDEW 2017. For the first time, there were NDEW events across all 50 states and Washington, D.C.

Save the Date: The next Dallas-Fort Worth celebration of National Drive Electric Week will be at 10 am September 8 at Grapvine Mills. Mark your calendars now for this exciting, informative gathering of EV enthusiasts. You could learn from EV operators why these vehicles are so fun to drive. 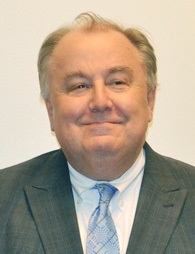 A proposal from Texas has been named one of 10 winners worldwide of the Hyperloop One Global Challenge. And Dallas-Fort Worth stands to benefit handsomely from efforts to bring this ultrafast transportation to market.

The experts behind this concept will build the system. They have the know-how to get this Jetsons-esque technology moving. They have the tools. What they need is a place to test the technology, and a region that has embraced innovative ways to finance and build projects would be a terrific laboratory. Through close collaboration with local, State and federal officials, as well as the private sector, Dallas-Fort Worth has managed to build roadway and rail projects that have greatly improved mobility.

These are just a few examples. The list will continue to grow as opportunities for bold region-defining projects present themselves.

The Hyperloop allows us to take the same creativity we’ve used to finance projects and extend it to a new option, which would have been dismissed as fantasy just a few years ago. But in an era when high-speed trains and automated vehicles are being presented as safe, efficient mobility solutions, no longer can we dismiss this idea as a cartoonish fantasy.

As a fast-growing region with a business-friendly environment attracting and educating some of the brightest minds in the nation, Dallas-Fort Worth is a logical place to host a Hyperloop test track. We have a corridor tailor-made for a Hyperloop lab. Dallas and Fort Worth are approximately 30 miles apart. Running right through the middle of both cities is Interstate Highway 30, already declared a testing ground for autonomous vehicles.

We can build a line to test the viability of magnetic levitation that can also serve as this region’s connection to high-speed rail. Good progress is being made to connect Dallas and Houston by high-speed rail. A Hyperloop test track could be the answer to linking our entire bustling region to Texas Central Partners’ project. Picture a technology nucleus of autonomous vehicles along IH 30 parallel to next-generation mag lev, through a city with driverless transit vehicles. The result is a gateway to the Dallas and Fort Worth central business districts, just like Dallas Fort Worth International Airport and Love Field are to the nation. It’s a region of choice using planes, trains and automobiles.

Is this too much?

Are we not really ready?

We live in a region of leaders. And as our approach to traditional transportation has shown, the courage to put forth big ideas can pay off for the entire region. Let’s find out together.

After all … mobility matters

The military, a major employer across Texas, has long been a significant contributor to individual communities while carrying out its mission of protecting the nation. Texas’ 15 military installations have an annual economic impact of more than $136 billion. Naval Air Station Fort Worth, Joint Reserve Base alone employs more than 47,000 people directly and indirectly. Lockheed Martin, one of the employers sharing the base, employs almost 14,000 people, according to the Texas Comptroller’s Office.

Planning strategies recognizing the importance of the military while ensuring the surrounding cities flourish are important to the future of North Texas. NCTCOG, elected officials and community leaders have concluded Joining Forces, a study to help North Texas military installations and their neighbors collaborate on compatibility issues.
This Regional Joint Land Use Study recommends strategies to support continued military capabilities. Incompatible land uses can include urban growth, energy development, or the presence of wildlife or water. Additionally, it is important that land uses not restrict air space or threaten security.

Funded by the Department of Defense Office of Economic Adjustment, the project involves the communities and military operations of NAS Fort Worth, JRB, Redmond Taylor Army Heliport in Dallas, Fort Wolters training center Mineral Wells and Camp Maxey training center near Paris. NCTCOG collaborated with cities and counties surrounding the military installations to plan and carry out specific actions to promote compatible community and economic growth. The Regional Coordination Committee, a voluntary group made up of representatives of local governments surrounding NAS Fort Worth, JRB, will help with the implementation of recommendations around the Fort Worth installation.

Throughout the project’s duration, the planning team interviewed key stakeholders, facilitated public meetings and coordinated several rounds of policy committee meetings to establish priorities for the study, gather data, and identify challenges and opportunities. Land use and economic development were key areas of concentration. The study also took a comprehensive approach, analyzing compatibility in many more than 15 areas, also including air quality, aviation and airspace safety, communication, storm water management, water and transportation.

The collaborative process resulted in over 150 recommendations covering regional as well as individual installations and community-specific actions. Many recommendations focus on enhancing and formalizing communication. Others look at enhanced economic development, planning and land-use techniques, and improved physical security.

Next steps include briefing local governments on recommended compatibility strategies and applying for grant funds to assist with strategy implementation. More information about Joining Forces can be found at www.joiningforcesntx.org. Ultimately, this project should enable communities to reach their potential while the military continues its mission of protecting the homeland.